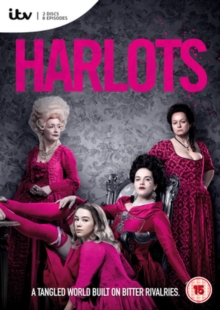 Set in London in 1763, the show revolves around businesswoman Margaret Wells (Morton) who owns a brothel in the capital.

Margaret hopes to make her fortune and move her business and her daughters Charlotte (Brown Findlay) and Lucy (Eloise Smyth) to the more upmarket area of Greek Street in Soho.

However, this brings her into conflict with fellow brothel owner and previous employer Lydia Quigley (Manville).

When Lydia tries to ruin any hope of her ambitious plans, Margaret swears revenge on her former boss and finds a variety of ways to get it whilst also tackling the growing religious backlash against her business.