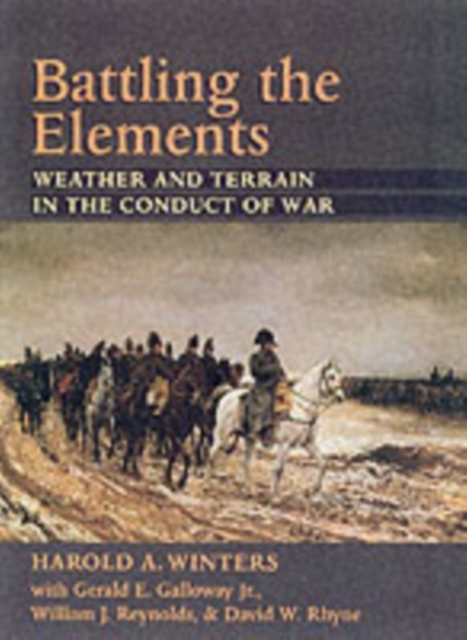 Battling the Elements : Weather and Terrain in the Conduct of War Paperback / softback

by Harold A. Winters

Throughout history, from Kublai Khan's attempted invasions of Japan to Rommel's desert warfare, military operations have succeeded or failed on the ability of commanders to incorporate environmental conditions into their tactics.

In Battling the Elements, geographer Harold A. Winters and former U.S. Army officers Gerald E. Galloway Jr., William J. Reynolds, and David W. Rhyne, examine the connections between major battles in world history and their geographic components, revealing what role factors such as weather, climate, terrain, soil, and vegetation have played in combat.

Each chapter offers a detailed and engaging explanation of a specific environmental factor and then looks at several battles that highlight its effects on military operations.

As this cogent analysis of geography and war makes clear, those who know more about the shape, nature, and variability of battleground conditions will always have a better understanding of the nature of combat and at least one significant advantage over a less knowledgeable enemy.