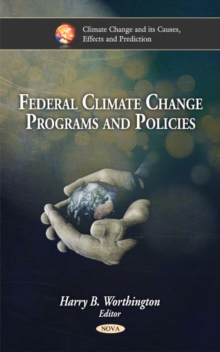 Edited by Harry B Worthington

As awareness of global climate change has expanded over the past decade, successive Congresses and Administrations have committed resources to studying climate change and reducing emissions of greenhouse gases, most notably carbon dioxide.

The effort has included funding science and technology, creating tax preferences, and assisting other countries in their attempts to curtail greenhouse-gas emissions.

At the direction of the Congress, successive Administrations have produced annual tabulations of the costs of the federal government's climate change programs.