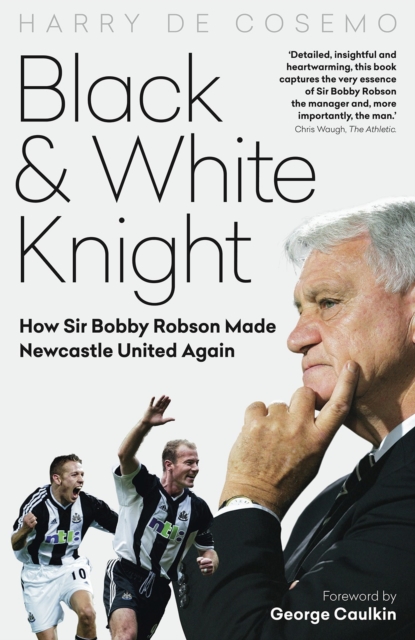 Black and White Knight: How Sir Bobby Robson Made Newcastle United Again is a story of rebirth and redemption.

Fractured, disillusioned and second bottom in the Premier League, the Magpies were heading one way under Ruud Gullit: down.

The magic of Kevin Keegan's 'Entertainers' era was a distant memory, but in September 1999, Sir Bobby Robson, a son of County Durham, returned home and became a catalyst for change.

Talisman Alan Shearer was smiling and scoring, and everyone was dreaming again.

Three years later, Newcastle qualified for the Champions League, where they went toe-to-toe with the likes of Inter Milan, Barcelona and Juventus, making history on an amazing journey and playing a brand of football full of energy, verve and attacking intent.

A genius in man-management, Sir Bobby's experience and aura gave the club its soul back; Black and White Knight details how he mended divisions and massaged egos to make Newcastle everyone's second favourite team once again.