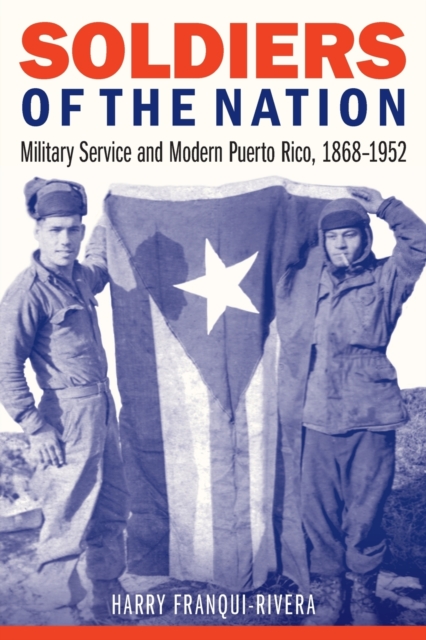 Part of the Studies in War, Society, and the Military series

As the island of Puerto Rico transitioned from Spanish to U.S. imperial rule, the military and political mobilization of popular sectors of its society played important roles in the evolution of its national identities and subsequent political choices.

While scholars of American imperialism have examined the political, economic, and cultural aspects of U.S. colonialism in Puerto Rico, few have considered the integral role of Puerto Rican men in colonial military service, helping to consolidate the empire. In Soldiers of the Nation Harry Franqui-Rivera argues that the emergence of strong and complicated Puerto Rican national identities is deeply rooted in the long history of colonial military organizations on the island.

Franqui-Rivera examines the patterns of inclusion and exclusion within the military and the various forms of citizenship that are subsequently transformed into socioeconomic and political enfranchisement.

Analyzing the armed forces as an agent of cultural homogenization, Franqui-Rivera further explains the formation and evolution of Puerto Rican national identities that led to the creation of the Estado Libre Asociado (the commonwealth) in 1952.

Franqui-Rivera concludes that Puerto Rican soldiers were neither cannon fodder for the metropolis nor the pawns of the criollo political elites.

Rather, they were men with complex identities who demonstrated a liberal, popular, and broad definition of Puertorriquenidad.