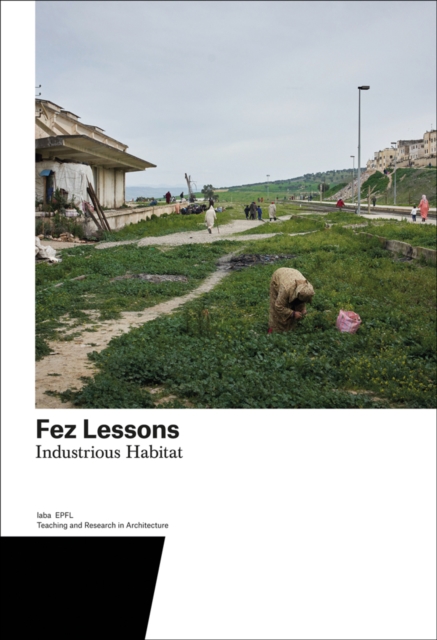 Part of the Teaching and Research in Architecture series

The infamous Scramble for Africa in the late 19th and 20th centuries disrupted the entire African continent with enduring repercussions.

Morocco - located at a crossroads between Sub-Saharan Africa, the Arab-Muslim world in the Maghreb, and Mediterranean Europe - has struggled to withstand the resulting cultural and sociopolitical clashes ever since. Fez Lessons: Industrious Habitat looks at Fez, Morocco's famous former capital and today its second-largest city.

Based on a recent research program conducted by EPFL's Laboratory Basel (laba), it investigates how these clashes have marked the city's socioeconomic structure and urban fabric, and whether or not it offers alternative and relevant means of human association and community. Given the growing stream of large-scale international investment, the constant enticement of tourism, and a worldwide revival of nationalism, Laba's student's and researchers were looking for tiny cues, nagging doubts, and signs of the fusion between form and life, raising questions about identity, authenticity, tradition, the globalisation of culture, and the use of local resources.

Their findings are visualised in the book in striking images, graphics and maps.

Students' proposals for architectural interventions addressing these issues are presented through images and plans.