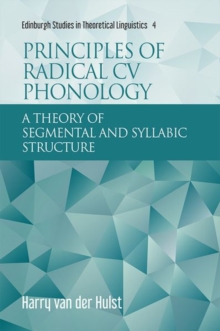 Principles of Radical Cv Phonology : A Theory of Segmental and Syllabic Structure Hardback

Part of the Edinburgh Studies in Theoretical Linguistics series

Harry van der Hulst's model of Radical CV Phonology has roots in the framework of Dependency Phonology, but proposes a rather different 'geometry', which reduces the set of unary elements to just two: -C- and -V-.

The model explains the phonological distinctions that function contrastively in the world's languages rather than presenting it as a 'random' list. Van der Hulst shows how this model accounts for a number of central claims about markedness and minimal specification.

He explains how the representational system accounts for phonological rules and shows how this theory can be applied to sign language structure.

Through comparison to other models, he also provides insight into current theories of segmental structure, commonly used feature systems, as well as recurrent controversies.

Also in the Edinburgh Studies in Theoretical Linguistics series 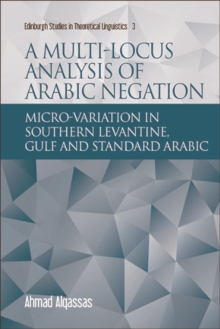 A Multi-Locus Analysis of Arabic Negation 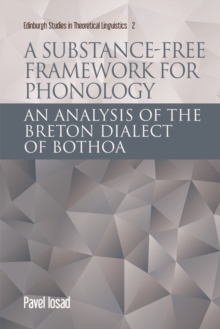 A Substance-Free Framework for Phonology