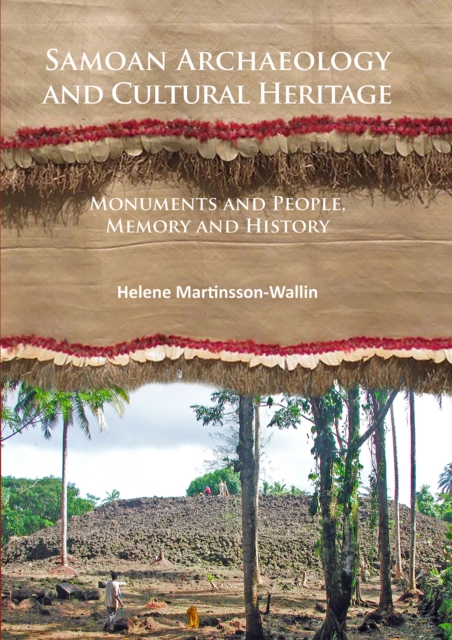 The overall purpose of this book is to provide a foundation for Samoan students to become the custodians of the historical narrative based on Archaeological research.

Issues that are explored are; Do ancient remains matter in contemporary Samoa?

What is the chronological status, and spatial relationship of archaeological monuments found in Samoa?

Is the settlement pattern stable over the past 3000 years that Samoa has been populated and/or does central places emerge trough time?

Previous efforts from the outside during the 1960 -70 of introducing Archaeology to Samoa that used archaeological methods, historical linguistics and ethno-history to interpret the Samoan past are assessed in regard to the development in Samoa but also in a wider West-Polynesian context.

The book also contains data and discussions on our three-year program for archaeology at the large and important Pulemelei mound in Savai'i during 2002-2004, some of which has not been published before.

Results and further implications of these investigations that were followed up by an eight-year program where the author introduced courses in Archaeology at The National University of Samoa are also presented and discussed.

These efforts served as a foundation to create a Bachelors program for Archaeology and Cultural Heritage Management.

Results from our archaeological field schools, collaborations with the Museum of Samoa and interview projects on Cultural Heritage Management, education and legislation are also discussed here.

They provide a foundation to understand the role of and the Historical Cultural Heritage in the past and present Samoa and how to move on to manage and protect this heritage in the future.