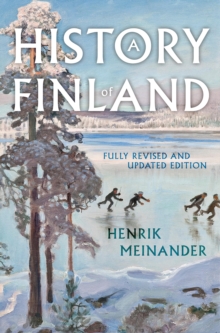 A History of Finland Paperback / softback

Henrik Meinander paints a brisk and bold picture of the history of Finland from integrated part of the Swedish kingdom to autonomous Grand Duchy within the Russian empire, gradually transformed and maturing into a conscious nation, independent state and skilful adapter of modern technology.

The main geographical context for his study is the Baltic region, and the author links his analysis to structural developments and turning points in European history.

The book blends politics, economy and culture to show how human and natural resources in Finland have been utilized and the impact its cultural heritage and technological innovation have had on its development.

In a departure from most conventional approaches, Meinander gives greater emphasis to recent and contemporary events.

In other words, he puts Finland into a range of historical contexts in its Baltic and European settings to highlight how both together have formed Finland into what it is at the beginning of the twenty-first century. 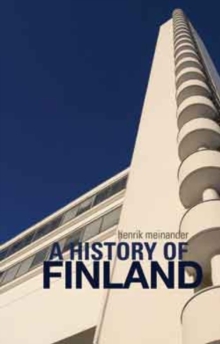 A History of Finland