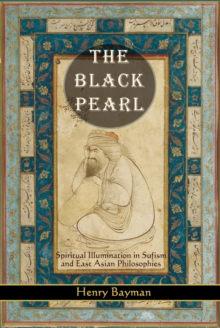 This sparkling book shows, as never before, how the highest metaphysical reaches of East Asian philosophies are scaled by contemplative Islam.

He delves into the striking parallels and seemingly irreconcilable differences in their conceptions of Absolute Reality: God, the Tao, Buddha-nature, the One.

Bayman shows how each system of thought can illuminate the inner meaning of the others.

Most importantly, he shows us how we, ourselves, can approach the divine.

Subjects include: Enlightenment And Gnosis, Buddhahood and Prophethood Esoteric secrets of the Japanese Tea Ceremony God in Eastern philosophies such as Buddhism and Taoism God in the I Ching Self-cultivation in Sufism, Buddhism and Taoism Life after death Nirvana and God The Koran, The Tao Te Ching, The I Ching, The Secret of the Golden Flower Henry Bayman is an independant scholar.