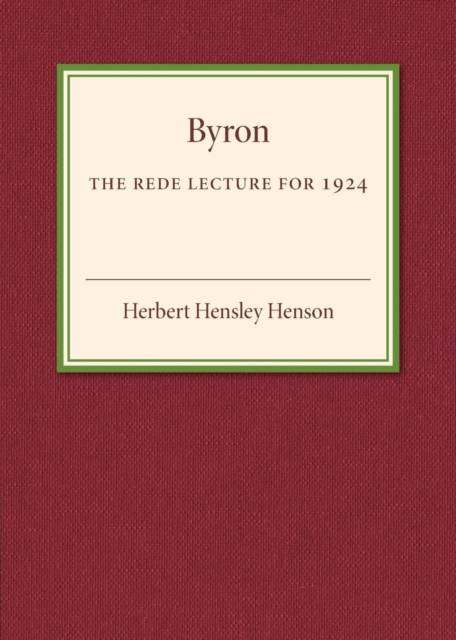 Byron was a key literary figure at the forefront of an artistic movement known as Romanticism, which originated towards the end of the eighteenth century; a movement which for English literature meant the innovative re-shaping of boundaries in terms of style, theme and content. Originally published in 1924, the centenary of Byron's death, this book presents the historic text of the Cambridge Rede Lecture, which was delivered by Anglican priest and scholar Herbert Hensley Henson.

In this lecture, Henson explores how Byron's personality and work are reflective of each other, compares his work to his contemporaries and celebrates his artistic triumphs and colossal contribution to literature.

Capturing and illuminating the 'alluring interest of the man, the range of his appeal, and the versatility of his genius', this landmark lecture will be of significant value to anyone with an interest in the works of Byron, English literature and the Romantic movement.