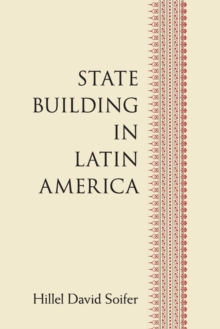 State Building in Latin America diverges from existing scholarship in developing explanations both for why state-building efforts in the region emerged and for their success or failure.

First, Latin American state leaders chose to attempt concerted state-building only where they saw it as the means to political order and economic development.

Fragmented regionalism led to the adoption of more laissez-faire ideas and the rejection of state-building.

The second plank of the book's argument centers on strategies of bureaucratic appointment to explain this variation.

Relying on extensive archival evidence, the book traces how these factors shaped the differential development of education, taxation, and conscription in Chile, Colombia, Mexico, and Peru.