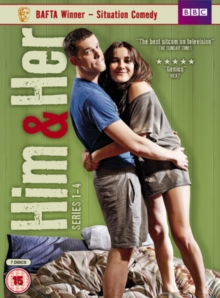 All 25 episodes from the first four series of the BBC3 sitcom penned by Stefan Golaszewski.

Russell Tovey and Sarah Solemani star as Steve and Becky, an unemployed 20-something couple who spend their days contentedly lazing around together at home, eating, drinking, bickering, having sex, and generally doing their best to ignore the big bad world outside their front door.

Series 1 episodes are: 'The Toast', 'The Birthday', 'The Fancy Dress Party', 'The Football', 'The Parents' and 'The Argument'.

Season 4 episodes are: 'The Morning', 'The Arrival of the Guests', 'The Ceremony', 'The Speeches' and 'The Disco'.