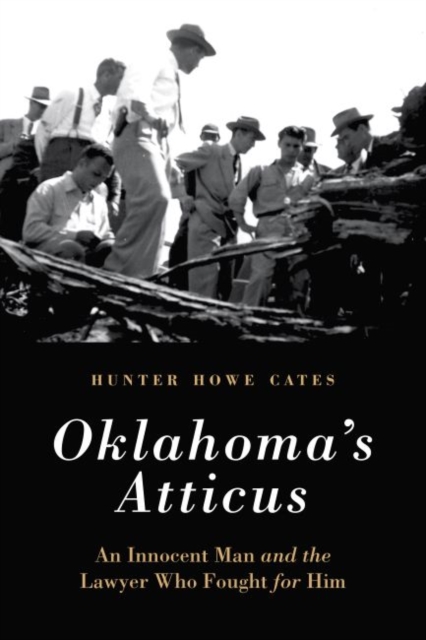 Oklahoma's Atticus : An Innocent Man and the Lawyer Who Fought for Him Hardback

When Youngwolfe recants his confession, saying he was forced to confess by the authorities, his city condemns him, except for one man-public defender and Creek Indian Elliott Howe.

Recognizing in Youngwolfe the life that could have been his if not for a few lucky breaks, Howe risks his career to defend Youngwolfe against the powerful county attorney's office.

Forgotten today, the sensational story of the murder, investigation, and trial made headlines nationwide. Oklahoma's Atticus is a tale of two cities-oil-rich downtown Tulsa and the dirt-poor slums of north Tulsa; of two newspapers-each taking different sides in the trial; and of two men both born poor Native Americans, but whose lives took drastically different paths. Hunter Howe Cates explores his grandfather's story, both a true-crime murder mystery and a legal thriller.

Oklahoma's Atticus is full of colorful characters, from the seventy-two-year-old mystic who correctly predicted where the body was buried, to the Kansas City police sergeant who founded one of America's most advanced forensics labs and pioneered the use of lie detector evidence, to the ambitious assistant county attorney who would rise to become the future governor of Oklahoma.

At the same time, it is a story that explores issues that still divide our nation: police brutality and corruption; the effects of poverty, inequality, and racism in criminal justice; the power of the media to drive and shape public opinion; and the primacy of the presumption of innocence.

Oklahoma's Atticus is an inspiring true underdog story of unity, courage, and justice that invites readers to confront their own preconceived notions of guilt and innocence.