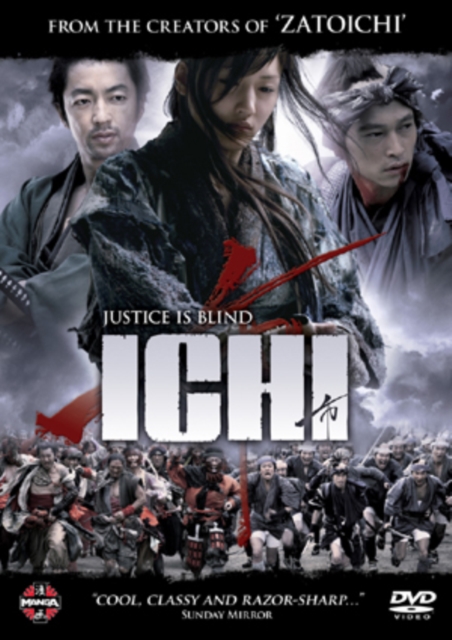 Martial arts action feature remake. Unlike the previous Zatoichi films, this time the blind swordsman is actually a swordswoman: Ichi (Haruka Ayase), who is on a quest to find the man who taught her martial arts skills as a young girl.

When she is confronted by a gang of bandits, Ichi becomes caught up in ridding the town of the unruly gang while also offering assitance to wandering samurai Toma (Takao Osawa), a fighter much less gifted than herself.