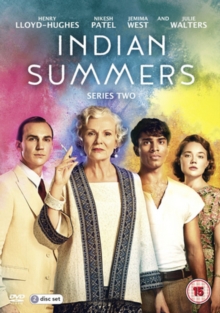 All ten episodes from the second series of the Channel 4 drama starring Julie Walters, Henry Lloyd-Hughes and Nikesh Patel.

Picking up three years after the end of the first series, it's now 1935 in the small British colony of Simla.

As Alice (Jemima West)'s husband decides to follow her to India, his gesture only drives her further away and into the arms of Aafrin (Patel).

Meanwhile, Aafrin finds himself getting deeper involved in Congress and Ralph (Lloyd-Hughes) continues to struggle to conceal the truth of what happened three years before.