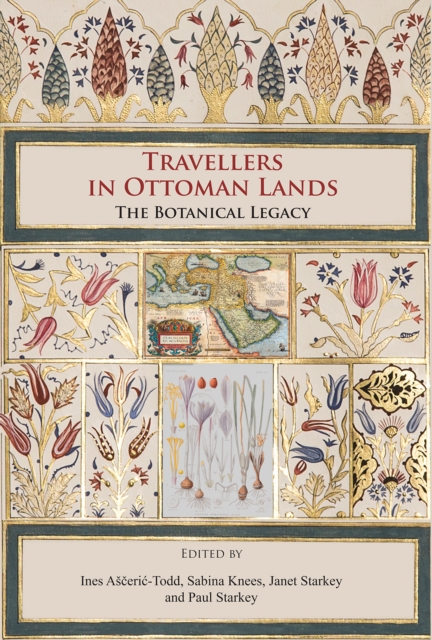 This collection of around twenty papers has its origins in a two-day seminar organised by the Association for the Study of Travel in Egypt and the Near East (ASTENE) in conjunction with the Centre for Middle Eastern Plants at the Royal Botanic Garden, Edinburgh (RBGE), with additional support from Cornucopia magazine and the Turkish Consulate General, Edinburgh.

This multi-disciplinary event formed part of the Ottoman Horizons festival held in Edinburgh in 2017 and attracted a wide range of participants from around the world, including several from Turkey and other parts of the Middle East.

This splendidly illustrated book focuses on the botanical legacy of many parts of the former Ottoman Empire - including present-day Turkey, the Levant, Egypt, the Balkans, and the Arabian Peninsula - as seen and described by travellers both from within and from outside the region.

The papers cover a wide variety of subjects, including Ottoman garden design and architecture; the flora of the region, especially bulbs and their cultural significance; literary, pictorial and photographic depictions of the botany and horticulture of the Ottoman lands; floral and related motifs in Ottoman art; culinary and medicinal aspects of the botanical heritage; and efforts related to conservation.