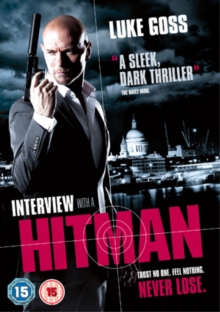 Interview With a Hitman DVD

Action thriller starring Luke Goss as a deadly assassin forced to feign his own death after a betrayal.

Viktor (Goss) is used to the tough side of life. Having been raised in poverty in Romania, he ekes a living for himself by ending the lives of others.

However, when he finds himself placed in danger by the manoeuvring of his employers, Viktor hatches a plan to fake his own death and escape to London.

In the British capital he quickly falls in with another set of gangsters, but an unexpected encounter leads him to doubt his path and opens up the possibility of a different future.

Of course, escaping a past as violent as his own is unlikely to be straightforward...