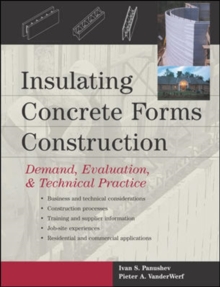 Publisher's Note: Products purchased from Third Party sellers are not guaranteed by the publisher for quality, authenticity, or access to any online entitlements included with the product. THE INSIDER'S GUIDE TO THE DIGITAL REVOLUTIONREADERS ON BRIAN McKERNAN***** "A must for anyone who cares about navigating the new world of digital content."****** "The digital revolution 'Bible' ... an invaluable resource for anyone seriously interested in video, TV, streaming, and movies, and ... it's a great read."****** "A must-have ... reveals the lessons learned from decades of failure and success ... and gives roadmaps to the future."** On Creating Digital Content: Video Production for Web, Broadcast, and Cinema, co-edited by Brian McKernanINSIDE THE PARADIGM SHIFT THAT'S REMAKING THE MOTI0N PICTURE INDUSTRYNot since the advent of sound has technology so greatly impacted motion pictures.

With its huge cost-saving potential, digital technology can alter every aspect of the movie-making process, from shooting through postproduction to delivery and exhibition. The digital cinema revolution is the result of years of progress in the technologies of film, computer graphics, and high-definition television.

Now Brian McKernan, founding editor of Digital Cinema magazine, provides an up-to-date look at how new digital technologies are reshaping the movie industry. Digital cinema -- how it came about, its history and pioneersUnderstanding digital image compressionThe latest camera choices for digital cinematography -- from high end systems to the affordable world of indie filmmakingAudio and the cinema -- why sound is half the pictureThe revolution in postproduction -- the convergence of computer graphics, HDTV, film, and videoNonlinear editing-software choices, new techniques, and digital compositingDigital intermediates--color grading, changing the shot after the shoot, film transfer, and film recordingIndependent digital filmmaking in Hollywood and across the nation -- the democratization of the moviesThe new role of the cinematographer in the digital ageUnderstanding digital projection technologiesWhat digital cinema means to indie productions, exhibitors, film distribution, and the future of the moviesYou'll also find insights on the cost-vs.-quality controversy, the impact of digital cinema on creative freedom, and the integration of film and digital from such leading filmmakers as George Lucas, Robert Rodriguez, and Michael Ballhaus ASC.