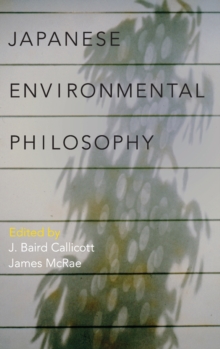 Japanese Environmental Philosophy is an anthology that responds to the environmental problems of the 21st century by drawing from Japanese philosophical traditions to investigate our relationships with other humans, nonhuman animals, and the environment.

It contains chapters from fifteen top scholars from Japan, the United States, and Europe.