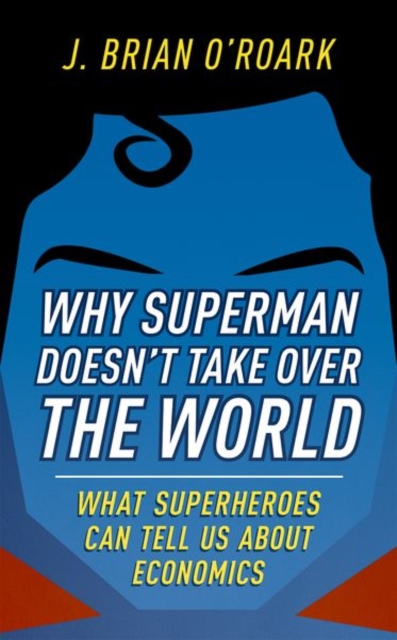 Why Superman Doesn't Take Over The World : What Superheroes Can Tell Us About Economics Hardback

Why do heroes fight each other?Why do villains keep trying even though they almost never win?Why don't heroes simply take over the world?Economics and comics may seem to be a world apart.

But in the hands of economics professor and comic book hero aficionado Brian O'Roark, the two form a powerful alliance.

With brilliant deadpan enthusiasm he shows how the travails of superheroes can explain the building blocks of economics, and how economics explains the mysteries of superhero behavior. Spider-Man's existential doubts revolve around opportunity costs; Wonder Woman doesn't have a sidekick because she has a comparative advantage; game theory sheds light on the battle between Captain America and Iron Man; the Joker keeps committing crimes because of the Peltzman effect; and utility curves help us decide who is the greatest superhero of all.

Why Superman Doesn't Take Over the World probes the motivations of our favorite heroes, and reveals that the characters in the comics may have powers we dont, but they are still beholden to the laws of economics.