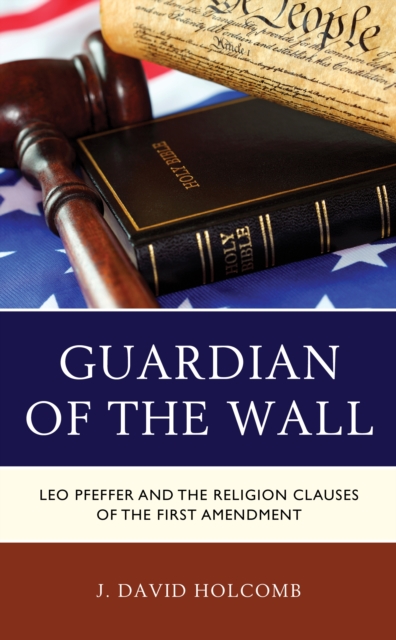 Guardian of the Wall : Leo Pfeffer and the Religion Clauses of the First Amendment Hardback

Guardian of the Wall examines Leo Pfeffer's church-state thought and its influence on the U.S.

Supreme Court. The book argues that Pfeffer's understanding of the First Amendment's religion clauses, shaped as it was by his historical and religious context, led him to advocate a separationist historical narrative and absolutist application of the Establishment and Free Exercise Clauses.

Pfeffer's jurisprudence was pivotal in shaping the U.S.

Supreme Court's interpretation of the First Amendment throughout the last half of the twentieth century.

Guardian of the Wall challenges the popular contention that Pfeffer's separationist philosophy was hostile to religion and sought to remove religion from the public square.

Instead, it illustrates how Pfeffer believed a broad reading of both religion clauses protected religious freedom, secured religious equality, and fostered authentic participation of religion in public life.

The book concludes by analyzing the Court's shift away from the strict separation of church and state during the past thirty years and contends that the Court should reconsider Pfeffer's approach to the First Amendment's religion clauses.