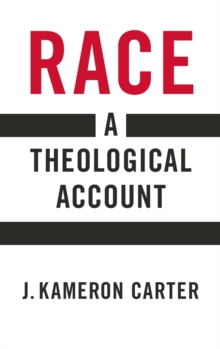 This groundbreaking monograph promises to open a new chapter in black theology.

J. Kameron Carter argues that black theology's intellectual impoverishment in the Church and the academy is the result of its theologically shaky presuppositions, which are based largely on liberal Protestant convictions.

He critiques the work of such noted scholars as Albert Raboteau, Charles Long and James Cone, and argues that black theology must rebuild itself on completely newtheological foundations.

He lays these foundations by means of a remarkable synthesis between African-American religious history and Christian orthodoxy.

Carter urges black theologians to look back beyond the Enlightenment and the rise of race theory, and to bring patristic Christology into conversationwith the modern construction of race and being.

He himself draws primarily on the writings of Irenaeus of Lyons, Gregory of Nyssa, and Maximos the Confessor in constructing his innovative Christology.