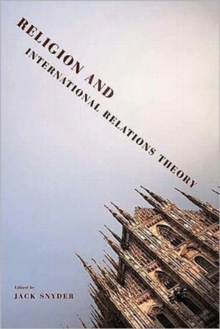 Religious concerns stand at the center of international politics, yet key paradigms in international relations, namely realism, liberalism, and constructivism, barely consider religion in their analysis of political subjects.

The essays in this collection rectify this. Authored by leading scholars, they introduce models that integrate religion into the study of international politics and connect religion to a rising form of populist politics in the developing world.

One essay draws on both realism and constructivism in the examination of religious discourse and transnational networks.

Another positions secularism not as the opposite of religion but as a comparable type of worldview drawing on and competing with religious ideas.

With the secular state's perceived failure to address popular needs, religion has become a banner for movements that demand a more responsive government.

The contributors to this volume recognize this trend and propose structural and theoretical innovations for future advances in the discipline.