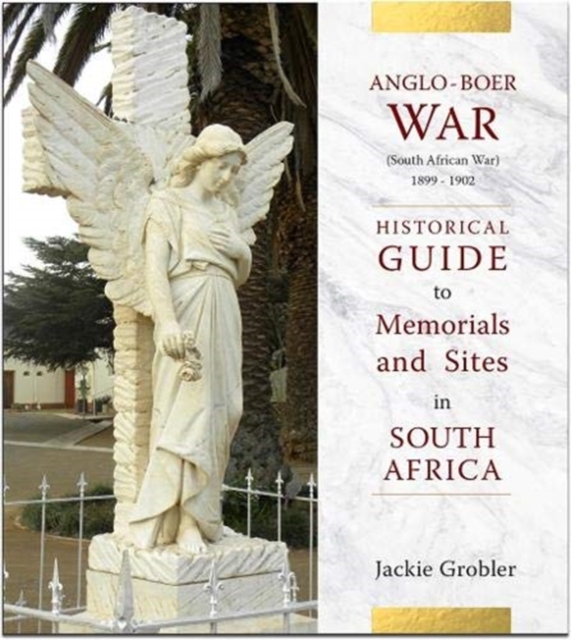 Even though the Anglo-Boer War of 1899-1902 ended more than 110 years ago, no extensive study on the sites of remembrance of this war that covers the country as a whole and is based on methodological research has thus far been published.

This book is aimed at filling that void. This is a study of commemorative sites with a difference.

The text guides the reader in two ways simultaneously.

In the first place it provides information on the vast number (more than 1,200) and wide range of Anglo-Boer War places of remembrance in South Africa.

These include monuments, memorials such as plaques and tablets, historical sites such as battlefields and concentration camp locations, buildings that have a specific connection with the war, statues, busts and bas-relief sculptures, historical paintings, museum collections and, of course, since it has to do with a war, cemeteries and graves.

Secondly, the book places all the sites that are included in their historical context.

To simply indicate the approximate location of a war site, without providing a proper indication on how the site fits into the broad history of the event that it commemorated, is not adequate.

For that reason the places of remembrance are introduced to the reader against the background of the history which they mirror.

This means in effect that the reader acquires, together with information on the places of remembrance, a concise history of the war as a whole.

As a result the book will not only be useful to readers who travel to the sites, but also to virtual tourists.

Even though the book is research-based, and will be useful to both scholars on the war and the general public, ideological issues are not discussed.

The focus is on the physical places of remembrance as such.

The book is written from a neutral point of departure - it is neither pro-Briton nor pro-Boer: approximately 60% of the places of remembrance that are included in the book commemorate the British forces and 40% the Republican.