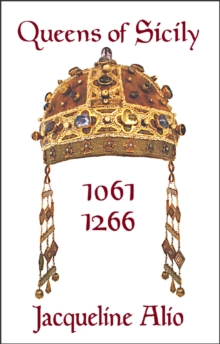 Queens of Sicily 1061-1266 : The queens consort, regent and regnant of the Norman-Swabian era of the Kingdom of Sicily Paperback / softback

Eighteen women. Eighteen stories. Each one unique. Some never told before. They are the semi-forgotten women of European medieval history.

This is the first compendium of detailed scholarly biographies of the countesses and queens of the Kingdom of Sicily during the Hauteville and Hohenstaufen reigns, based on original research in medieval charters, chronicles and letters, augmented by extensive on-site research at castles, cathedrals and towns across Europe.

The multicultural Kingdom of Sicily described here encompassed the island and nearly half of the Italian peninsula.

It was one of the most powerful kingdoms of Europe and the Mediterranean.

The book includes eighteen biographies of varying length and such details as original translations from medieval records (in Latin and Sicilian).

It contains twenty pages of maps, two dozen genealogical tables, photos of royal charters and other manuscripts, pictures of places the author visited while researching this work, a detailed timeline, over seven hundred endnotes and a lengthy index.

Reflecting research in several countries, this is a peer-reviewed monograph in the Sicilian Medieval Studies series.

The volume is printed on off-white, acid-free paper.

It is a useful, informative reference for scholars yet highly readable for armchair historians.

Any chapter of this volume would be suitable as an academic paper were it published as an article in a scholarly journal.

Particularly lengthy and interesting are the chapters on Judith of Evreux, Joanna of England and Constance of Sicily.

The longest, most detailed chapter is the one dedicated to Margaret of Navarre, drawn largely from the author's biography of that queen published in 2016.

An insightful introduction considers Sicily's queens in the context of Italian history and the larger field of women's studies.

This book is pure, traditional biography, always fascinating in itself.

A consideration of queenship, though present, is kept to a minimum, and the feminism speaks for itself.

This is not a tiresome tome but the erudite treatment of a subject that is entrancing in its own right, without the need for endless, often circular, commentary and analysis.

The lives of these women were anything but boring. As regent, and the most powerful woman in Europe, Margaret jailed her suspected enemies without so much as a second thought.

Joanna went on crusade, oversaw a siege, and ordered the torture of the archer who killed her brother, Richard the Lionhearted.

Living in Palermo, the former kingdom's royal capital, affords the author a closer, more personal view of the experience of these women than one gets from a historian writing thousands of miles away.

While most scholars writing in English about Sicilian history undertake brief research trips to the island, Jackie Alio's intimate familiarity with the place and its culture benefits the work and the reader at every step.

It is rare indeed to read a book about Sicily written in English by somebody fluent not only in English, Italian, French and Spanish but also Sicilian.

Among the wealth of material included is an original translation of the poem of Ciullo of Alcamo, the longest surviving example of the romantic court poetry of the Sicilian School, accompanied by the Medieval Sicilian text.

Included with the 'extra' features is information on the crown of Queen Constance (shown on the cover) and the reliquary pendant worn by Queen Margaret.

This is a landmark work. Until now, most of what has been published about most of these women, even in Italian, has been superficial.

It cannot be overemphasized that this book is an epic in its field.

Until now, anybody seeking to read about these women had to consult numerous books and hard-to-find articles to get this information.

Has anybody in living memory met a Queen of Sicily outside the pages of a book?

An unusual feature of this volume is a previously-unpublished interview of a royal princess who knew Queen Maria Sophia of the Two Sicilies, Sicily's last queen consort, who died in 1925, a detail that reminds the reader that the kingdom described in these pages survived in some form into the nineteenth century.

This book is a unique, long-awaited contribution to the field of royal medieval biography.

It fills a gaping void in the subfield of reginal studies and the study of southern Italy, and indeed medieval Europe generally.

No other work ever published has presented such accurate, informative biographies of all of the queens of Sicily during Norman and Swabian rule.

Many studies are informative. This one is an enlightening journey with some very special women.

Also by Jacqueline Alio   |  View all 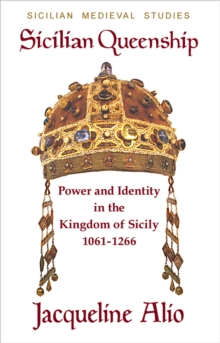 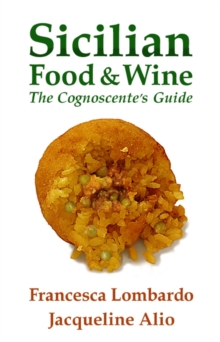 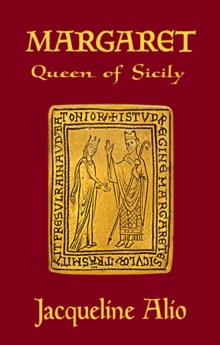 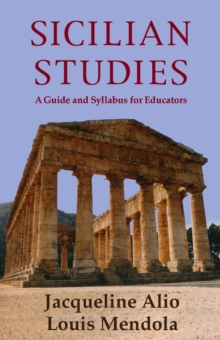