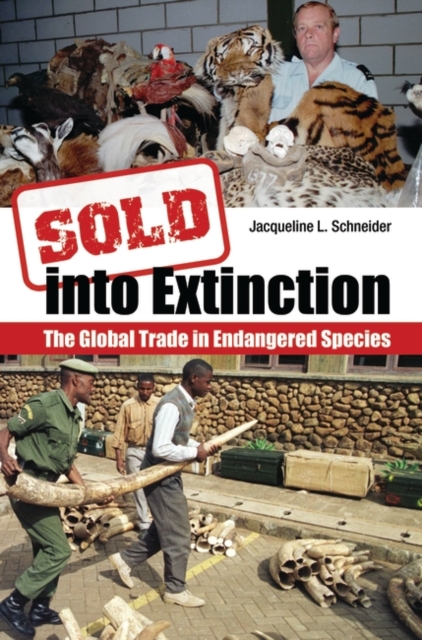 Sold into Extinction : The Global Trade in Endangered Species Hardback

This revealing and compelling title analyzes the illegal trade in endangered species from a criminological viewpoint and presents specific crime reduction techniques that could help save thousands of species from extinction. The illegal trade in endangered species is a worldwide problem that involves not only animals but also plants, and it contributes to troubling factors such as organized crime as well as the further decline of the earth's natural climate.

This book explores the extensive endangered species illegal market, spotlighting the worldwide nature and extent of the problem, and presents revealing case studies of terrestrial, marine, plant, and avian species. Sold into Extinction: The Global Trade in Endangered Species focuses attention on the plight of endangered wild flora and fauna as well as the specific illegal acts committed against them that have long and largely been ignored by criminology.

The author provides a fresh look at the topic by presenting it within a crime reduction framework, an approach rarely taken by those with traditional criminological or conservation backgrounds, demonstrating how an innovative strategy to reduce illegal market activities can simultaneously further the conservation of these endangered species.