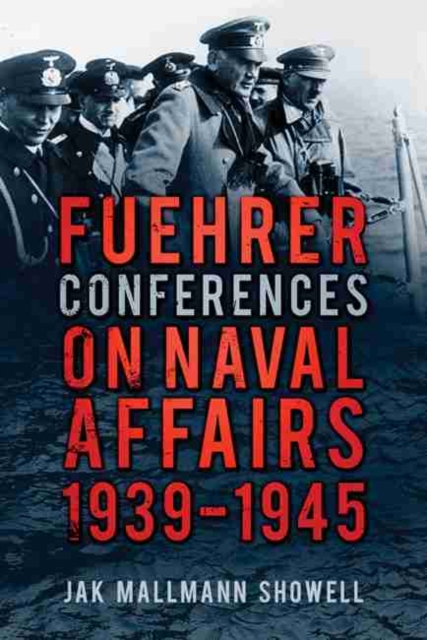 As the Allies made their inexorable last assault upon Germany in 1945, Adolf Hitler ordered that every official military document be destroyed.

The navy, he believed, had waged an honourable war, and posterity would prove the fairest judge.

Accordingly, the records fell into Allied hands. Were it not for Doenitz's singular decision, this remarkable book would not exist. Fuehrer Conferences on Naval Affairs is the faithful first-hand account of Hitler's meetings with his navy commanders-in-chief - Grand Admiral Dr Erich Raeder until January 1943, then Admiral Doenitz - and a handful of other highranking officers.

Such was the nature of these meetings that even secretaries were excluded, and both Raeder and Doenitz personally checked the typescripts of the meeting notes before approving them. The conferences concerned either subjects upon which Hitler requested information or topics that the commanders-in-chief wanted to bring to the Fuehrer's attention.

This is, therefore, an authentic and intimate account of the views of Axis high command upon naval strategy and its execution throughout the Second World War, covering such key events as the invasion of Norway, plans to invade Britain, the sinking of the Bismarck and the Normandy landings.