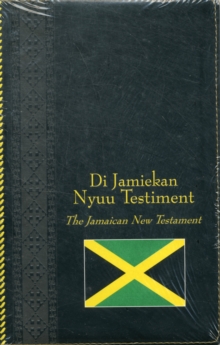 The Jamaican New Testament is available as a diglot, with the Jamaican NT in one column and the King James Version - the most widely used Bible translation in Jamaica - in the other.Also included in the front of the New Testament is a guide to reading and writing Jamaican to help readers read through the New Testament.The translation is the biggest body of work ever produced in the language spoken by five million Jamaicans around the world.Jamaican is also known as Patois, or Patwa.Features:*First publication of the Jamaican translation*No other printed edition of this translation available*Diglot edition, with Jamaican text set alongside the King James Version for reference*Faithfully translated from the original Greek manuscripts*Includes a guide on how to read and write Jamaican.