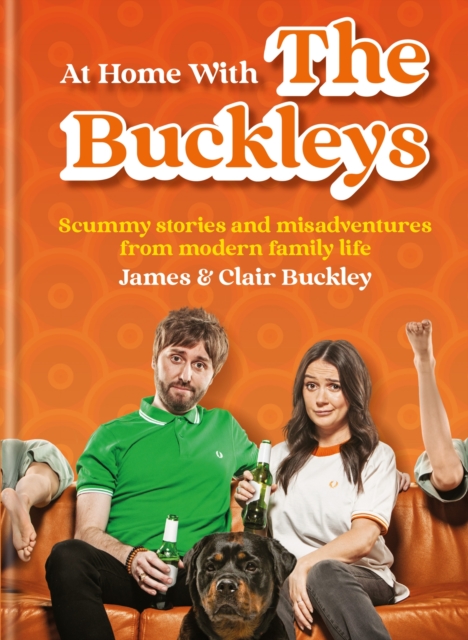 At Home With The Buckleys : Scummy stories and misadventures from modern family life Hardback

CLAIR: We've been let loose on a book... whose bright idea was that?JAMES: We haven't got anything to say!CLAIR: Don't tell them that before they buy it... JAMES: They'll work it out eventually!CLAIR: Well, we've managed to put together some bits and pieces that might be interesting - or at least funny/weird/silly. JAMES: Probably not. CLAIR: No... probably not. Though if you like the vlogs, you might like it?JAMES: No one likes the vlogs. CLAIR: True. JAMES: Anyway, enjoy!At Home with The Buckleys is one couple's take on the wild ride that is modern marriage, parenting and adulting.

Told from both sides, Clair and James share a collection of hilarious stories and comedy excursions from their early lives, years of cult TV fame, having children and setting up their YouTube channel.