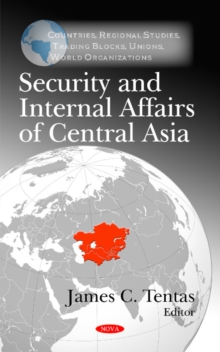 The Central Asian region is an age-old east-west and north-south trade and transport crossroads.

While welcoming new trade, aid, and other ties, the leaders of Central Asia have been less receptive to calls to democratise and respect human rights.

This book discusses the internal and external security concerns of the Central Asian states which include mixes of social disorder, crime, corruption, terrorism, ethnic and civil conflict, border tensions, water and transport disputes, the proliferation of weapons of mass destruction, and trafficking of illegal narcotics and persons and the scope of U.S. interest and presence in the region.