Science and Technology in World History : An Introduction Hardback

Tracing the relationship between science and technology from the dawn of civilization to the early twenty-first century, James E.

McClellan III and Harold Dorn's bestselling book argues that technology as "applied science" emerged relatively recently, as industry and governments began funding scientific research that would lead directly to new or improved technologies. McClellan and Dorn identify two great scientific traditions: the useful sciences, which societies patronized from time immemorial, and the exploration of questions about nature itself, which the ancient Greeks originated.

The authors examine scientific traditions that took root in China, India, and Central and South America, as well as in a series of Near Eastern empires in late antiquity and the Middle Ages.

From this comparative perspective, McClellan and Dorn survey the rise of the West, the Scientific Revolution of the seventeenth century, the Industrial Revolution, and the modern marriage of science and technology.

They trace the development of world science and technology today while raising provocative questions about the sustainability of industrial civilization. This new edition of Science and Technology in World History offers an enlarged thematic introduction and significantly extends its treatment of industrial civilization and the technological supersystem built on the modern electrical grid.

Facts and figures have been thoroughly updated and the work includes a comprehensive Guide to Resources, incorporating the major published literature along with a vetted list of websites and Internet resources for students and lay readers. 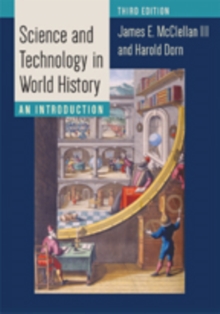 Science and Technology in World History 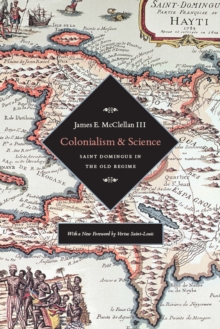