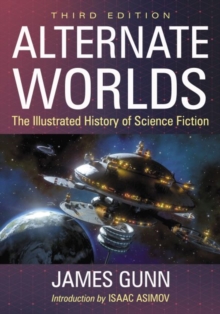 Alternate Worlds was first published by Prentice-Hall in 1975 as a coffee-table volume and soon became a classic, winning an award from the World Science Fiction Convention in Kansas City in 1976 (a "Hugo" before an award was presented in the non-fiction category and occupying a place in the reference shelves of libraries and the tables of thousands of fans.

McFarland's more accessible edition brings the story of science-fiction's amazing development into a literature of our times up to date with a new chapter about what has happened in the genre and the world in the past forty years.

As Isaac Asimov said, "We live in a science-fiction world, a world very much like the one we were writing about in the 1940s," It is a world of space flight, atomic energy and bombs, new inventions and technologies changing our lives and the way we think about the world and even the universe, a world of discoveries into the basic particles of matter and the farthest reaches of the universe, it is a world in which change is occurring at ever-increasing speed, so that new ways of observing and communicating are changing the world as we watch with amazement or dismay or revulsion, and changing humanity along with it.

As the literature of change, science fiction has become increasingly meaningful, as it offers an opportunity for some to sample the future for habitability, as John Campbell once wrote, and for others to consider the human aspects of scientific and engineering possibility before it becomes part of human existence. And for the science-fiction reader it offers the opportunity to experience a wondrous future that he and (more frequently in this days) she may never get a chance to observe in person-the colonization of Mars, for instance, and the first interstellar flight, Of course there is also the possibility of catastrophe and apocalypse.

Science fiction is written to expose their dangers and immunize humanity against their possibilities. The world has begun to recognize science fiction in a myriad of ways, from incorporating its visions in products, visual media, and huge conventions to seizing on its inspiration for future ventures into the unknown.

As Alvin Toffler wrote in Future Shock, science fiction in a prophylactic against what he called "the premature arrival of the future." and William Gibson wrote, "the future is already here; it's just unevenly distributed." Alternate Worlds relates the way in which science fiction developed from early myth and fancy into the complex literature of today's world as the world itself was changed by exploration, science, and technology. 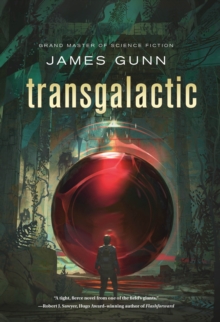 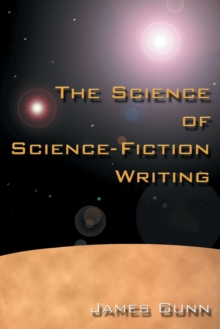 The Science of Science Fiction Writing 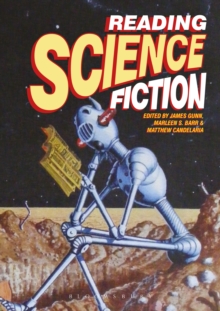 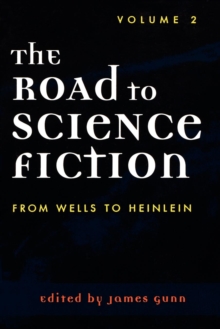 The Road to Science Fiction