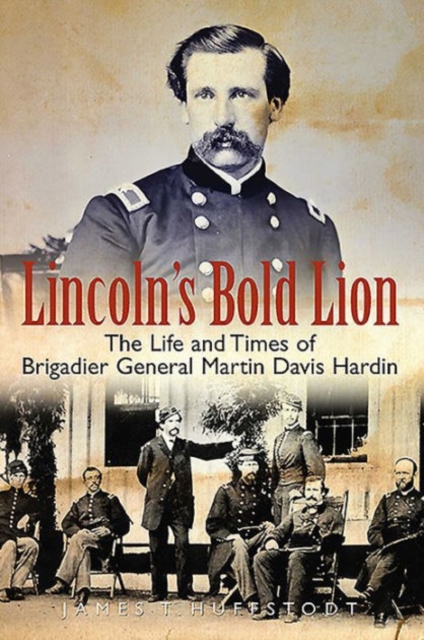 This is the first biography devoted to the life of a remarkable young man who, in the words of Civil War historian Ezra Warner, "embarked upon a combat career which has few parallels in the annals of the army for gallantry, wounds sustained, and the obscurity into which he had lapsed a generation before his death." But the story of General Martin Hardin provides more than a combat record-in fact comprises a walking tour through 1800s America, with its most costly war only a centerpiece.

From his childhood in Illinois, where a slave girl implanted in him a fear of ghosts, to his attendance at West Point, along with other future luminaries, to his service on the frontier (where he took particular note of the bearing of the Cheyenne), Hardin's life reveals the progress of a century.

Abraham Lincoln was a close friend and political ally of Martin's father, who died a hero in the Mexican War.

The family were also relatives of Mary Todd. Made Brigadier General at age 27, Hardin fought with distinction at Malvern Hill, Second Manassas, Gettysburg, Grant's Overland Campaign, and the July 1864 Rebel raid on Washington.

He was wounded four times, nearly died on two occasions, and lost an arm during the war.

On one occasion he was ambushed on a road by Mosby's men, one of whom may have been Lincoln conspirator Lewis Paine.

Hardin himself took part in the hunt for John Wilkes Booth after Lincoln's assassination.

In these pages we also learn the prominent role of General Hardin's mother, who acted as her son's lobbyist in the heady social world of wartime Washington.

Over four years, she skillfully played upon her friendship with the President and the First Lady to advance her son's career.

Although, as we see in these pages, his gallantry and leadership in combat sufficed enough to earn him renown, and in this book the under-sung exploits of a true 19th-century hero are finally revealed.