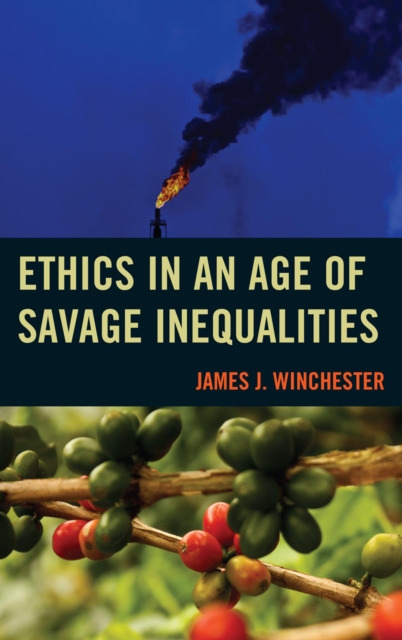 Ethics in an Age of Savage Inequalities Paperback / softback

Within the United States alone, almost fifteen percent of the population lives in poverty.

Ethics in an Age of Savage Inequalities investigates what moral obligations the middle class might have to the poor.

While there are no simple ethical prescriptions, the fact remains that many of us afford small luxuries while others in the world struggle to live on less than a dollar a day.

James J. Winchester suggests that we can and should give not only charity, but restitution to the poor.

Looking at extraction of minerals and the plight of service workers in the United States among many other things, this book demonstrates how the middle class benefits from the exploitation of the poor and harms the environment in ways that threaten people in poverty.

Winchester argues that now is the time to take political action to reduce the savage inequalities in this world.

Of interest to anyone involved in ethics, social justice, sociology, and even political science, Ethics in an Age of Savage Inequalities explores the idea that money is only a small part of what we owe to the poor.