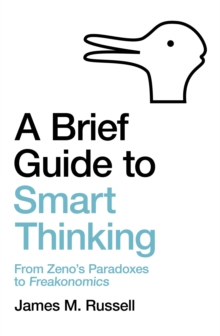 A Brief Guide to Smart Thinking : From Zeno's Paradoxes to Freakonomics Paperback / softback

Each book is summarised to convey a brief idea of what each one has to offer the interested reader, while a 'Speed Read' for each book delivers a quick sense of what each book is like to read and a highly compressed summary of the main points of the book in question.

The titles covered include thought-provoking classics on psychology, mindfulness, rationality, the brain, mathematical and economic thought and practical philosophy.

The selection includes books about self-improvement as well as historically interesting accounts of how the mind works.

Titles included go back as far as the Epictetus classic The Enchiridion and Bertrand Russell's charming The ABC of Relativity, and proceed through classics such as Edward de Bono's Lateral Thinking and into the digital era with titles such as The Shallows and Big Data.

The books are arranged chronologically, which draws attention to some of the interesting juxtapositions and connections between them.

Some of the titles included are: Freakonomics, by Steven D.

Levitt; Blink: The Power of Thinking Without Thinking, by Malcolm Gladwell; Sapiens: A Brief History of Humankind, by Yuval Noah Harari; The Organized Mind: Thinking Straight in the Age of Information Overload, by Daniel J.

Levitin; The Descent of Man, by Grayson Perry; How the Mind Works, by Steven Pinker; Black Box Thinking: Why Some People Never Learn from Their Mistakes - But Some Do, by Matthew Syed; We Should All Be Feminists, by Chimamanda Ngozi Adichie; Guns, Germs, and Steel: The Fates of Human Societies, by Jared Diamond; The Black Swan: The Impact of the Highly Improbable, by Nassim Nicholas Taleb; Man's Search for Meaning, by Viktor E.

Nisbett; The ABC of Relativity, by Bertrand Russell; The Psychopath Test, by Jon Ronson; The Path: What Chinese Philosophers Can Teach Us About the Good Life, by Michael Puett; A Brief History of Time, by Stephen Hawking; Messy: The Power of Disorder to Transform Our Lives, by Tim Harford; Big Data: A Revolution That Will Transform How We Live, Work, and Think, by Viktor Mayer-Schoenberger; Moneyball: The Art of Winning an Unfair Game, by Michael Lewis; The Survivors Club: The Secrets and Science That Could Save Your Life, by Ben Sherwood; Black Box Thinking, by Matthew Syed; Chaos: Making a New Science, by James Gleick; A Short History of Nearly Everything, by Bill Bryson; The Shallows: What the Internet Is Doing to Our Brains, by Nicholas Carr; Making Ideas Happen: Overcoming the Obstacles Between Vision and Reality, by Scott Belsky; The Enchiridion, by Epictetus; Goedel, Escher, Bach, by Douglas R.

Hofstadter; What I Talk About When I Talk About Running, by Haruki Murakami; and Lateral Thinking, by Edward de Bono. 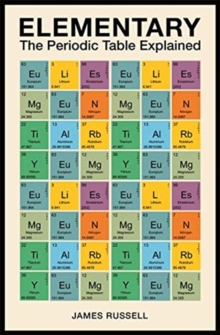 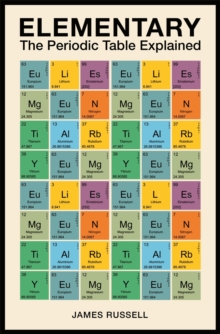 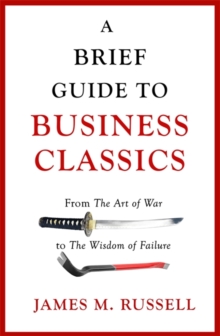 A Brief Guide to Business Classics 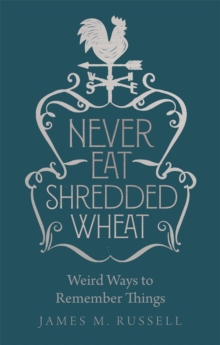