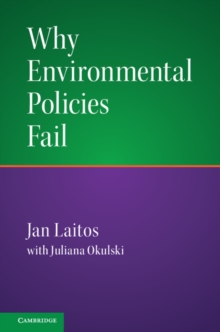 by Jan (University of Denver) Laitos

This book is for those who are not just interested in the ways humans have harmfully altered their environment, but instead wish to learn why the many governmental policies in place to curb such behavior have been unsuccessful.

Since humans began to exploit natural resources for their own economic ends, we have ignored a central principle: nature and humans are not separate, but are a unified, interconnected system in which neither is superior to the other.

Policy must reflect this reality. We failed to follow this principle in exploiting natural capital without expecting to pay any price, and in hurriedly adopting environmental laws and policies that reflected how we wanted nature to work instead of how it does work.

This study relies on more accurate models for how nature works and humans behave.

These models suggest that environmental laws should be consistent with the laws of nature.