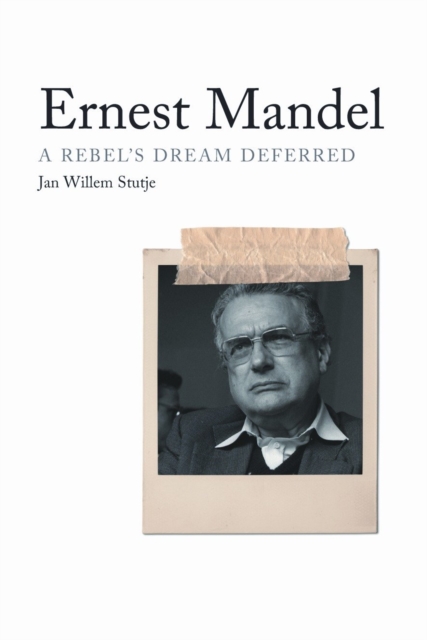 Ernest Mandel (1923-1995), was one of the most prominent anti-Stalinist Marxist intellectuals of his time.

A political theorist and an economist, he was a brilliant orator in several languages.

He had a massive impact on the thought and practice of the 1968 generation.

His writings, ranging from innovative economic and political theory to an study of the Second World War, were published in over forty languages.

His last major work "Late Capitalism" had an influence that stretched into disciplines as far afield as cultural studies.

From the age of sixteen, Mandel became an indefatigible revolutionary militant and a key leader of the Fourth International, founded by Leon Trotsky in 1938.Many of his family members died in Nazi concentration camps, but Mandel remained firmly aloof from any form of Zionism.

Biographer Jan Willem Stutje, the first writer with access to Mandel's archives, has interviewed many of the leading figures in the story and unearthed a wealth of new material, ranging from Mandel's two escapes from the Nazis to his role in Latin American guerrilla warfare. He recounts Mandel's interactions with both scholars - Sartre, Ernst Bloch, Perry Anderson - and comrades in arms such as Che Guevara, Rudi Dutschke and Tariq Ali.