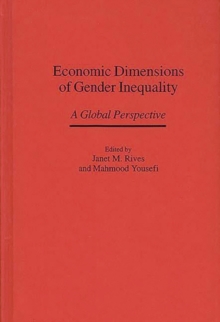 This contributed volume explores the status of women in the economies of countries at various developmental stages.

Issues covered include, first, evidence of economic and social inequality throughout the world.

Second, gender inequality in many societies can be explained by inadequate investment in human capital.

Part I addresses the interaction of economic development and gender inequality, while Part II discusses women in France, Mexico, Nigeria, and Turkey.

Part II discusses the economic status of women in France, Mexico, and Nigeria.

This section also presents models used to estimate labor force participation and earnings of men and women in Turkey.