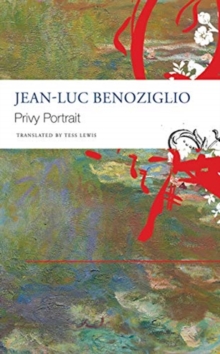 Part of the The French List - (Seagull titles CHUP) series

The narrator in Jean-Luc Benoziglio's?Privy Portrait?has fallen on hard times.

His wife and young daughter have abandoned him, he has no work or prospects, he's blind in one eye, and he must move into a horribly tiny apartment with his only possession: a twenty-five-volume encyclopedia.

His neighbors, the Shritzkys, are vulgar, narrow-minded, and racist. And because he has no space for his encyclopedia in his cramped room, he stores it in the communal bathroom, and this becomes a major point of contention with his neighbors.

The bathroom is also the only place he can find refuge from the Shritzkys' blaring television, and he barricades himself in it to read his encyclopedia, much to the chagrin of the rest of the residents of the building. Darkly amusing,?Privy Portrait?is the monologue of a man, disoriented by the gaping void of not knowing his own nationality, recounting the final remnants of his own sanity and his life.

In this buffoonish, even grotesque, yet deeply pitiful man, Benoziglio explores, with a light yet profound touch, weighty themes such as the roles of family, history, one's moral responsibility towards others, and the fragility of personal identity.