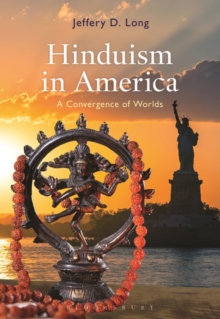 Hinduism in America : A Convergence of Worlds Paperback / softback

Read the story of two worlds that converge: one of Hindu immigrants to America who want to preserve their traditions and pass them on to their children in a new and foreign land, and one of American spiritual seekers who find that the traditions of India fulfil their most deeply held aspirations.

Learn about the theoretical approaches to Hinduism in America, the question of orientalism and 'the invention of Hinduism'.

Read about:* how concepts like karma, rebirth, meditation and yoga have infiltrated and influenced the American consciousness * Hindu temples in the United States and Canada* how Hinduism has influenced vegetarianism* the emergence of an increasingly assertive socially and politically active American Hinduism.