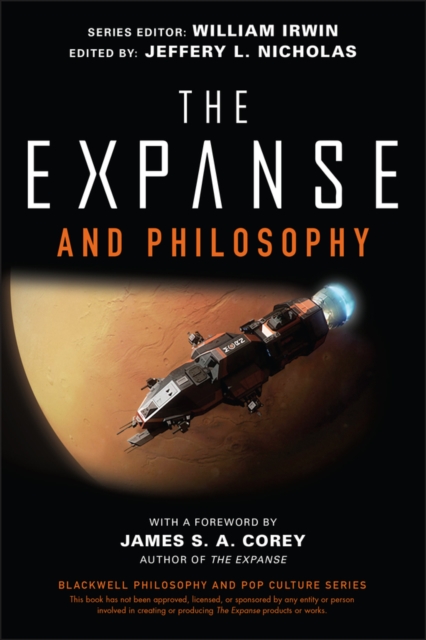 Enter The Expanse to explore questions of the meaning of human life, the concept of justice, and the nature of humanity, featuring a foreword from author James S.A.

Corey The Expanse and Philosophy investigates the philosophical universe of the critically acclaimed television show and Hugo Award-winning series of novels. Original essays by a diverse international panel of experts illuminate how essential philosophical concepts relate to the meticulously crafted world of The Expanse, engaging with topics such as transhumanism, belief, culture, environmental ethics, identity, colonialism, diaspora, racism, reality, and rhetoric. Conceiving a near-future solar system colonized by humanity, The Expanse provokes a multitude of moral, ethical, and philosophical queries: Are Martians, Outer Planets inhabitants, and Earthers different races?

Is Marco Inaros a terrorist? Can people who look and sound different, like Earthers and Belters, ever peacefully co-exist?

Should science be subject to moral rules? Who is sovereign in space? What is the relationship between human progress and aggression?

The Expanse and Philosophy helps you answer these questions-and many more. Covers the first six novels in The Expanse series and five seasons of the television adaptationAddresses the philosophical issues that emerge from socio-economics and geopolitics of Earth, Mars, and the Outer Planets AllianceOffers fresh perspectives on the themes, characters, and storylines of The ExpanseExplores the connections between The Expanse and thinkers such as Aristotle, Kant, Locke, Hannah Arendt, Wittgenstein, Descartes, and Nietzsche Part of the popular Blackwell Philosophy and Pop Culture series, The Expanse and Philosophy is a must-have companion for avid readers of James S.A.

Corey's novels and devotees of the television series alike.