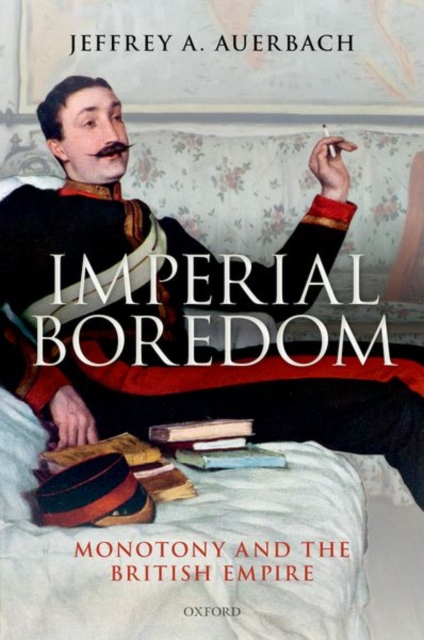 Imperial Boredom offers a radical reconsideration of the British Empire during its heyday in the nineteenth century.

Challenging the long-established view that the empire was about adventure and excitement, with heroic men and intrepid women eagerly spreading commerce and civilization around the globe, this thoroughly researched, engagingly written, and lavishly illustrated account suggests instead that boredom was central to the experience of empire. Combining individual stories of pain and perseverance with broader analysis, Professor Auerbach considers what it was actually like to sail to Australia, to serve as a soldier in South Africa, or to accompany a colonial official to the hill stations of India.

He reveals that for numerous men and women, from explorers to governors, tourists to settlers, the Victorian Empire was dull and disappointing.

Drawing on diaries, letters, memoirs, and travelogues, Imperial Boredom demonstratesthat all across the empire, men and women found the landscapes monotonous, the physical and psychological distance from home debilitating, the routines of everyday life wearisome, and their work tedious and unfulfilling.

The empires early years may have been about wonder and marvel, but the Victorian Empirewas a far less exciting project.

Many books about the British Empire focus on what happened; this book concentrates on how people felt.