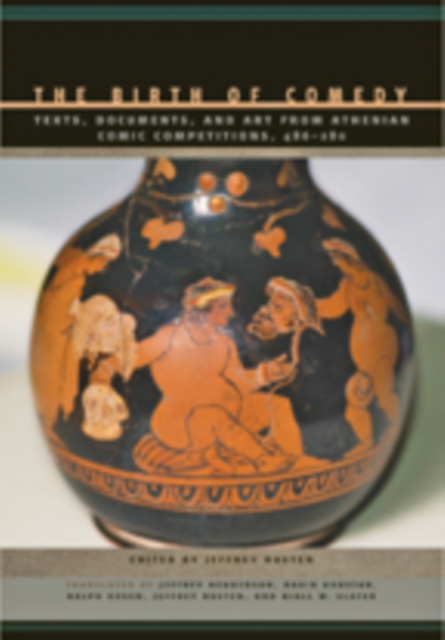 Aside from the well-known plays of Aristophanes, many of the comedies of ancient Greece are known only through fragments and references written in Greek.

Now a group of distinguished scholars brings these nearly lost works to modern readers with lively English translations of the surviving texts.

The Birth of Comedy brings together a wealth of information on the first three generations of Western comedy.

The translations, presented in chronological order, are based on the universally praised scholarly edition in Greek, Poetae Comici Graeci, by R.

The main text is supplemented by an introduction assessing the fragments' contributions to the political, social, and theatrical history of classical Athens and more than forty illustrations of comic scenes, costumes, and masks.

A glossary of komoidoumenoi-the ancient word for "people mentioned in comedies"-provides background information on the most notorious comic victims. A full index includes not only authors, play titles, and persons mentioned, but themes from the whole Greek comic sphere (including politics, literature and philosophy, celebrities and social scandals, cookery and wine, sex, and wealth).