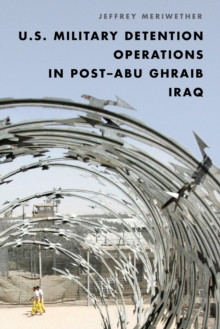 Detention operations are vital to U.S. military doctrine and crucial to the success of combat and recovery missions.

This book shows that the image of abuse from Abu-Ghraib were but one small, harmful element in an overwhelmingly successful detention mission in Iraq.

It focuses on the subsequent developments and successes, explaining the standard rule-of-law approach taken by the U.S. military and examining the work in Iraq of such leaders as Major General John D.

Gardner and Major General Douglas M. Stone. Overall, the text moves away from the Abu-Ghraib scandal to illuminate a largely unknown successful development in the U.S. detention operations. Following the Abu Ghraib scandal of 2003-2004, the U.S.

Department of Defense scrambled to recover its reputation and that of its troops.

By 2006, Department of Defense policy stipulated full respect for and use of the Geneva Conventions.

This development was indeed a victory for American support for rule of law in Iraq, as well as an affirmation of standard practices in the detention command, Task Force 134.

Pressures of war, however, continued to present their own challenges. 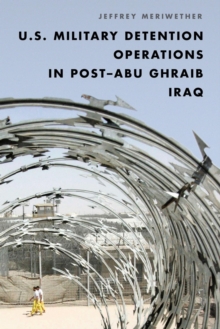