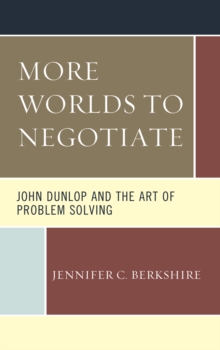 More Worlds to Negotiate : John Dunlop and the Art of Problem Solving Hardback

John Dunlop assumed the office of secretary of labor with a stern warning about the creeping menace of over-regulation.

A mounting tide of red tape was breeding backlash among the people who were on the receiving end of all of these rules, breeding a climate of hostility that would make it all but impossible to solve the nation's most pressing problems. Dunlop's cautionary words, delivered nearly five decades ago, seem eerily prescient today as resentment against elites fuels a right-wing populist rebellion in the US and beyond.

Yet even as he feared for the future, Dunlop was intent on demonstrating that it was possible to craft lasting solutions to seemingly intractable problems: soaring health-care costs; racial inequity in the workplace and higher education; the lack of basic labor protections for whole categories of workers; and the loss of manufacturing jobs to globalization and automation. Whatever the specific problem he was called upon to help solve, Dunlop began with the view that no matter the intensity of the divide, getting people talking was absolutely key to crafting an enduring solution.

In our own era of discord and fracture, Dunlop's insights into the vital importance of talking, listening and persuading as a means of working through complicated social issues are more relevant than ever. Drawing on Dunlop's personal diary and extensive interviews with his colleagues and co-workers, including former Harvard University President Derek Bok; legendary farm worker organizer Baldemar Velasquez; and David Weil, former Administrator of the Department of Labor's wage and hour division, this volume reconstructs key examples of Dunlop's problem-solving work.

A portrayal of his work and legacy, the book functions as a how-to guide for applying Dunlop's approach to problem solving to the urgent challenges that confront us today. 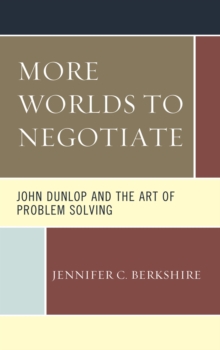