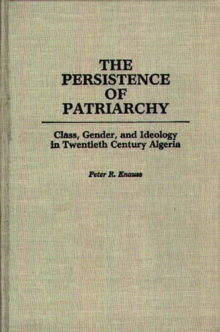 The Persistence of Patriarchy : Class, Gender, and Ideology in Twentieth Century Algeria Hardback

This sociopolitical study shows why patriarchy has been the dominant pattern in Algeria, in spite of colonialism, revolutionary war, and the implementation of state socialism after independence.

Knauss carefully analyzes Algerian class formation, ideology, and gender relations, and then demonstrates how these factors decisively influenced the persistence of patriarchy as well as the status of women. 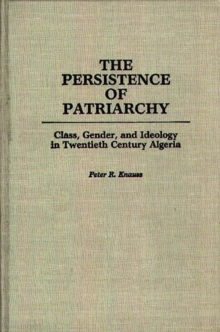 Persistence of Patriarchy, The: Class,...