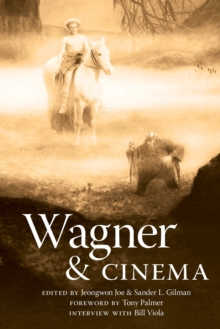 The work of Richard Wagner is a continuing source of artistic inspiration and ideological controversy in literature, philosophy, and music, as well as cinema.

In Wagner and Cinema, a diverse group of established and emerging scholars examines Wagner's influence on cinema from the silent era to the present.

The essays in this collection engage in a critical dialogue with existing studies-extending and renovating current theories related to the topic-and propose unexplored topics and new methodological perspectives.

The contributors discuss films ranging from the 1913 biopic of Wagner to Ridley Scott's Gladiator, with essays on silent cinema, film scoring, Wagner in Hollywood, German cinema, and Wagner beyond the soundtrack.