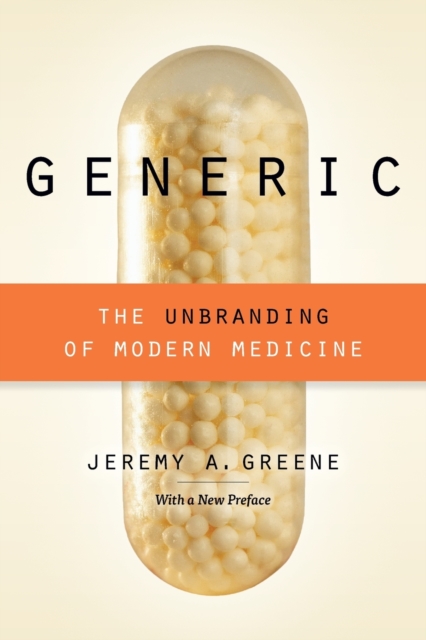 Generic drugs are now familiar objects in clinics, drugstores, and households around the world.

We like to think of these tablets, capsules, patches, and ointments as interchangeable with their brand-name counterparts: why pay more for the same? And yet they are not quite the same. They differ in price, in place of origin, in color, shape, and size, in the dyes, binders, fillers, and coatings used, and in a host of other ways.

Claims of generic equivalence, as physician-historian Jeremy Greene reveals in this gripping narrative, are never based on being identical to the original drug in all respects, but in being the same in all ways that matter. How do we know what parts of a pill really matter? Decisions about which differences are significant and which are trivial in the world of therapeutics are not resolved by simple chemical or biological assays alone.

As Greene reveals in this fascinating account, questions of therapeutic similarity and difference are also always questions of pharmacology and physiology, of economics and politics, of morality and belief.

Generic is the first book to chronicle the social, political, and cultural history of generic drugs in America. It narrates the evolution of the generic drug industry from a set of mid-twentieth-century "schlock houses" and "counterfeiters" into an agile and surprisingly powerful set of multinational corporations in the early twenty-first century. The substitution of bioequivalent generic drugs for more expensive brand-name products is a rare success story in a field of failed attempts to deliver equivalent value in health care for a lower price.

Greene's history sheds light on the controversies shadowing the success of generics: problems with the generalizability of medical knowledge, the fragile role of science in public policy, and the increasing role of industry, marketing, and consumer logics in late-twentieth-century and early twenty-first century health care.