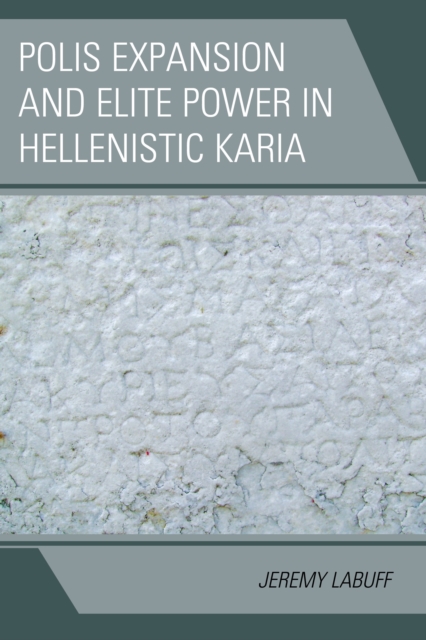 Part of the Alexander the Great and the Hellenistic World series

In the third and second centuries BC, the city-states of Karia began to assert their independence in a rather noticeable way: they merged into larger polities.

In order to explain why they did so, Polis Expansion and Elite Power in Hellenistic Karia rewrites the history of the region, which has traditionally been seen as dominated by empires and home to communities whose claims of freedom and democracy were a sham.

With a detailed study of epigraphical, literary, and archaeological evidence, this study reveals a high level of local agency, as communities sought to shape their own destiny at moments of imperial weakness or withdrawal.

Not everyone in these communities benefited equally from these mergers.

Elites in particular reaped unique gains that provided them with access to well-connected cities or to regionally important sanctuaries, both of which represented important avenues for self-advertisement and status acquisition.

Although these benefits suggest the ability of the wealthy to influence decisions that impacted entire communities, such influence did not spell the decline and fall of democracy for these city-states.

Rather, they illustrated the complex power relationships that defined the practice of democracy as it continued to evolve alongside the momentous rise and fall of Hellenistic empires, until the ascendancy of Rome curtailed popular government in the region permanently.

This study furthers our understanding of the political landscape of Karia, the balance of power within the Hellenistic polis, the impact of interstate relations on local politics, and political and social identity within ancient democratic states.